Congressman John Lewis passed away last night. This is a great loss for our nation. One by one we are losing an entire generation of men and women who made the Civil Rights movement in the United States a reality.

At one point all we did was talk Civil Rights. Talk is good, but it doesn’t get anything done. Especially when most of the talking was done by white people.

Then came Dr. Martin Luther King, Jr, and he inspired a wave of action and activism across the nation. For the first time we had a leader who could inspire people to do more than talk.

Dr. King was taken from us in 1968. Our loss was grievous. But in his place those that he inspired, through their overwhelming grief and sorrow, rose up and took his place.

John Lewis was one of those who refused to let the work of Dr. King stop with his death. As a young man Lewis marched, and was beaten, while kneeling and in prayer, at the Edmund Pettis Bridge on Bloody Sunday, in March 1965. He was present when Dr. King made his “I Have A Dream Speech”. Since then John Lewis has spent his life serving the state of Georgia and our nation as a member of Congress.

And now he has left us. His part of our struggle for Civil Rights is over. It is time for us to stand up and do our best to take his place. We can’t go back to simply talking. That’s unacceptable. We need positive, action. We need to be inspired by the words and deeds of men like John Lewis.

It is my strong belief that working for the rights of others makes our own rights stronger. We must lift each other up. No one should live in fear. Every life has value. We must respect that value in each other.

“You are a light. You are the light. Never let anyone—any person or any force—dampen, dim or diminish your light. Study the path of others to make your way easier and more abundant. Lean toward the whispers of your own heart, discover the universal truth, and follow its dictates. […] Release the need to hate, to harbor division, and the enticement of revenge. Release all bitterness. Hold only love, only peace in your heart, knowing that the battle of good to overcome evil is already won. Choose confrontation wisely, but when it is your time don't be afraid to stand up, speak up, and speak out against injustice. And if you follow your truth down the road to peace and the affirmation of love, if you shine like a beacon for all to see, then the poetry of all the great dreamers and philosophers is yours to manifest in a nation, a world community, and a Beloved Community that is finally at peace with itself.” 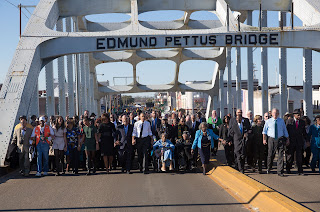 Civil Rights is a non-partisan issue which affects everyone of all races. 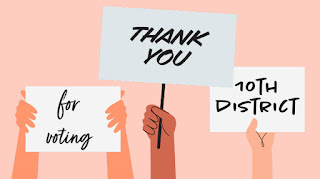